Lessons From The Dark Side 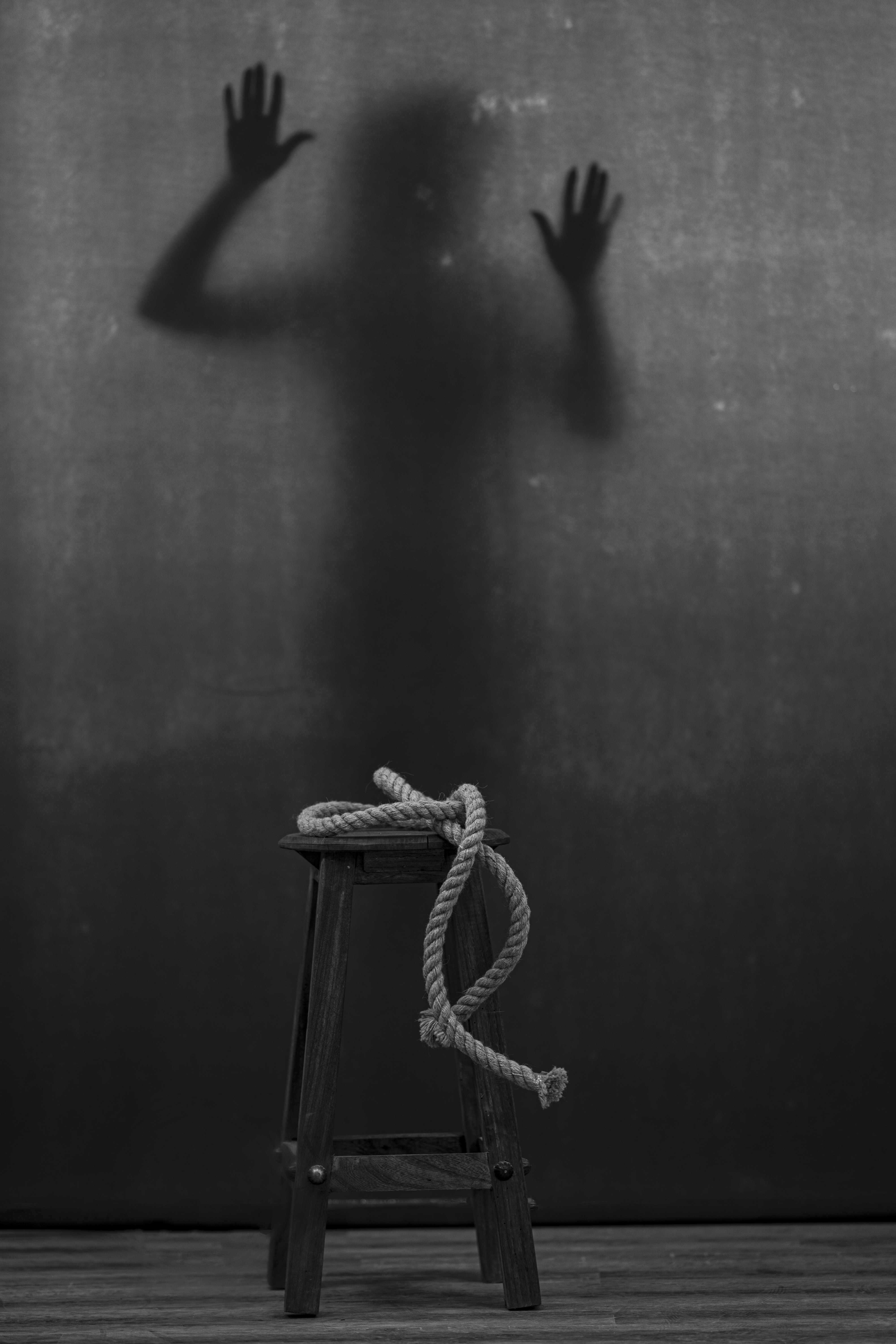 WARNING: THIS BLOG MAY BE A TRIGGER

Lessons From the Dark Side

In sport, in business and in life. Mindset is what differs the winners from the losers. The achievers from the nonachievers.

There is no doubt that it is one of the most important factors for anybody wanting to achieve at an elite level.

In my experience in Covert Ops one of the things that kept me safe out in the field was the control of my mind.

The human psych has a never-ending fallback of constant mind chatter that either spurs you on or brings you down. This fallback was crucial to our survival hundreds of years ago but not in the society we live in now.

We rarely encounter sabre tooth tigers on our way to the local Tesco Express, Supermarket or 7/11. Obviously, the training that I went through needed to be tough and as realistic as possible.

The instructors used every physical and psychological tool to wear us down.

As Real As It Gets

Without going into too much detail (operation security) let me relate one such course.

We were issued with a cover story as to why we were in a “foreign” country and issued covert identification which we were expected to memorise. Our real ID was taken from us.

The scenario was that we would be kidnapped/detained. The instructors told us that the training was very, very realistic and we would be pushed to the limit physically, emotionally and intellectually.

We were told that we would end up in numerous locations throughout the city and beyond. To get the most out of the training, act like we were actually in a real foreign country.

Don’t Play The Part, Be The Part.

The instructors then provided a course outline and what we would be learning. We were warned that some of the learnings would be confrontational and disturbing in content. It was then that we were giving a “safe word.”

A safe word is a word that you say when you had had enough and wanted out, it protects the participant and the instructors. When the safe word was used all training stopped and you would be debriefed and removed from the course.

Some of the subjects we were to learn about were

We were told that our training would commence from the time we entered the door located at the back of the classroom.

The course was set down for 5 days but there was a good chance that it would go on for much longer. If anybody had any issues with medical or family commitments, we were told to speak to one of the instructors.

In the likely event that the course did go for more than the 5 days, our family would be notified. We were also told that psychologists would be observing the training during the duration of the course.

Our instructor stated, “This is as real as it gets.”  I swallowed hard. My name was called, I picked up my bag and went through the door. To my surprise the room was dark. The door closed behind me.

The next thing I knew I was on the ground handcuffed and a hood was put over my head. I was then picked up and told to walk by at least two people who had hold of my arms and were speaking to me in English with a foreign accent.

I was then taken outside (I could not see out of the hood but it did become brighter and I could hear that I was outside,

I heard the sliding mechanism of a van door open and was put inside. The van then drove off and I was driven for about 15 minutes. I do not think we left the training facility as I could not hear any other traffic.

We stopped three times, but I think that was more for effect than actually being in traffic. Also, the road had a constant surface with no undulations or changing surfaces, so I was pretty sure we hadn’t gone onto public roads. There were at least two other people in the van with me and they spoke in a foreign language.

I was using a psychological technique to keep calm and remember what was happening for future reference. It’s called 5 Things.

Acknowledge 5 things you can feel.

Acknowledge 5 things that you can hear

Acknowledge 5 things that you can see

This grounds you into the moment and stops panic and anxiety setting in. I felt 5 things, listened to 5 things but could not see a thing because of the hood.

I then focused on keeping my breathing under control as one of the things that is affected when we are stressed in breathing. By controlling your breathing you are controlling your stress.  I worked on memorising my cover story and any unusual sounds, smells or differences in temperature that I could report during my debrief.

The van finally pulled up and I was taken from the van and led into a room. There, the hood was taken off my head.

There were two males with weapons and balaclavas on and one male also with a balaclava, white lab coat and rubber gloves on. There were three people lying on the floor with hoods over their heads, they were motionless.

The handcuffs were removed from my wrists and I was told to strip. They were using my real name in an attempt to trick me out as we had to use our covert name during the entire course.

After I was naked I was handcuffed again and led into another room. On the floor was large plastic sheeting with what appeared to be blood on it, a table with numerous bloodied knives, pliers and an oxy burner.

A hood was put back over my head and I could hear a female voice speaking. I then began to hear screaming and heard the distinct sound and smell of a chainsaw. Then I heard people screaming.  A few seconds later I was  sprayed with freezing cold water.

All the time I was focusing on keeping my breathing controlled and consistent. Again, controlling your breathing is one of the most important things you can do in a stressful situation. It also helps to control your heartrate.

When you are stressed your heartrate can race and that effects your cognitive and fine motor skills. All the time I was concentrating on a favourable outcome and not letting my mind get out of control. I knew that I was on a training course, but It would have been so easy to let panic take over.

I was placed in a stress siting position and extremely loud noises and music was played over a sound system. I was left there for what seemed like an hour.

I was also drenched in freezing cold water again.  A short time later I was unhandcuffed and told to dress.

After that I had a hood placed back over my head, handcuffed again and walked to a van and placed in the back of it.

The van started up and went for an approximately 20 to 30-minute drive again.

No Idea Where I Was

When we arrived at our destination I was taken out of the van and walked up a steep walkway and onto a fairly level area. I could hear that we were at a marina or a dock or something similar.

Then I was told to get on the ground by a male with a broken accent. My handcuffs were removed and I could feel that my hands were being cable tied to something and then my feet were cable tied as well.

I still had a hood over my head and then a large tub of ice and water were thrown over me.

My hood was removed. There were three males standing over me and each one was yelling questions at me in broken English. They continued to use my real name to try and catch me out.

Trapped On A Boat

When they finally stopped, I realised that I was on board a large boat and was cable tied to an anchor chain. The chain led out to the front of the boat and over the bow through a small hole leading to the anchor.

Another tub of cold water was thrown over me and the yelling of questions started again.

The yelling stopped when the anchor mechanism started up and the chain that I was attached to started moving as the anchor was starting to drop.

The accents were forgotten as they started to panic. The length of chain was quickly disappearing overboard as they frantically tried to cut me loose. They were swearing and panicking. Then the chain went all the way over the side and then I realised that the chain I was connected to was not the actual anchor chain.

My captives started laughing and then finally cut me off the length of chain. I actually thought I was going to die in a terrible accident.

I obviously survived the course and passed.

The mind games continued for a further 6 days with minimal sleep and many other scenarios designed to teach me how to survive in a hostile environment.

I was able to escape and was then tracked for a number of days which was all part of the course. Instructors were used in various other scenarios as both friend and pursuer.

What lessons can you take away from it? Although 99.9% of people will thankfully never experience these scenarios either actual or in training, we can learn a lot about the ways to cope.

No matter where you are in life there will always be unexpected events that will challenge you personally and professionally.

I was taught to keep moving, always be ready to go. When I was being tracked if I didn’t keep moving I would have been captured.

The same is in life and business.

Keep moving and looking for new opportunities. Don’t become comfortable and let mediocrity take a hold of your life.

Always keep a look out for new strategies that you can implement in your life and business. There is a plethora of opportunities that come our way but most of the time we don’t realise it.

I am constantly looking at what services and marketing strategies other businesses are using and adapting them for myself and others that I work with.

During my service I had to remain optimistic and positive. The course I just touched on necessitated a positive mindset to get through it. The successful completion rate of it was exceptionally low.

It is the same with business and life. Do not dwell on the negative but focus on the positives.

Now I am not talking about being all polly anna, but a healthy positive mindset definitely gets people through life’s up and downs.

During the course I had to be relentless in controlling my emotions and body.

I could have at any time said the safe word and I would have been removed from the course.

There was no shame in not completing it, but I had my mindset focused relentlessly on completion.

Same as in business and in life. Be relentless in pursuing your goals.