The Great Outdoors- The Secret Is Out…… 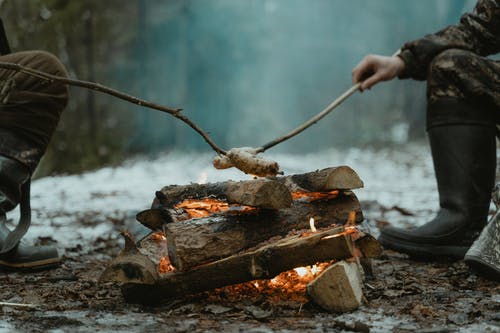 The Magic of Remoteness

I have always loved getting out into the wilderness where there is no one else around. I have been blessed to experience some very remote places where few people get to go.

When I’m there, I always feel energised and alive. It doesn’t matter whether it’s a deserted beach, a rainforest or a mountain, I always feel incredible and on top of the world. (sometimes literally)

When I speak with other people, I almost always find that the outdoors has the same effect on just about everybody. It could not just be a coincidence that people have the same opinion as me. I even asked a great range of people to get a non-scientific cross section of the population.

I thought about this and wondered if we are hard wired to spend most of our time in the great outdoors. Our ancestors spent much more time than we do outside and with the advent of artificial light we have dramatically changed our daily lives.

It’s All In The Science

It wasn’t until I started doing some further research that I discovered that my feelings were not just superficial. There is a plethora of scientific data confirming it.

Countless studies have been made at many eminent universities into the correlation of mental health & being in the great outdoors. In fact a study completed and published in the Proceedings of the Natural Academy of Science found that a 90 minute walk in a natural surrounding showed decreased activity in the portion of the brain that is activated through depression.

Many other studies have been instrumental in changing the landscape of our cities to include more natural greenspace. These findings not only help to make our cities more livable but also help the mental health of those who live there.

As we move closer and closer to cities and the disconnection from the wild, there has been a dramatic increase in mental disorders such as chronic depression.

Rural areas have their own challenges with mental health but that is for another forum.

Researches conducted a set of examinations that included heart and respiration rates, they also performed brain scans and had the participants fill in questionnaires.

The researchers found very small differences in physiological condition but found considerable difference in the brain reactions of the two groups. They found that neural activity in the subgenual prefrontal cortex, the part of the brain that is activated during rumination (negative thoughts) decreased in the study group that walked in the natural setting.

The findings are phenomenal because they draw a direct link that a natural environment impacts on emotional regulation. “These findings are important because they are consistent with, but do not prove, a causal link between increasing urbanisation and increased rates of mental illness” stated co-author of the study James Gross a Professor of Psychology at Stanford University.

Further studies have found that time spent in nature could also work as a dampening or reducing effect on anxiety. Furthermore, it also indicates that it could well improve memory and have a very positive effect on mood.

These findings are currently being used by urban planners and policy makers to make our cities much more livable.

Training in a Natural Environment

Training in a natural environment is also great physically as the air is fresh and you seem to feel more alive. Walking on a forest or mountain track is also great for your self-esteem as you feel a sense of accomplishment when you finish. There are even more benefits to getting outdoors.

Many of us live in areas where it is necessary to have a controlled environment, either it is too cold outside or too hot, so we have to have heating and air conditioning in our homes and workplaces. Getting outside gives our brain a rush of fresh natural air which helps with concentration.

Researches have conducted numerous studies where they have a group of cyclists ride with red, grey or green video footage in front of them.

On each occasion the cyclists have performed better with the green colour video. It’s no coincidence that most natural settings are predominately green.

It is believed that breathing in phytoncides which are airborne chemicals produced by plants increases our production of white blood cells which help fend off infections and diseases. Also being outdoors exposes us to the natural smell of plants, flowers and grasses which make us feel calmer and more relaxed.

Vitamin D is needed for a well-functioning body and boosts our immune system. Whilst some foods like salmon and milk help with our Vitamin D intake, 90 percent of our intake is from casual exposure to sunlight.

Sunlight is essential in maintaining a healthy immune system and it has been proven that people who don’t get enough of it are more susceptible to osteoporosis and some cancers.

We need a certain amount of vitamin D for bone growth, cell growth, inflammation reduction and neuromuscular function. What must be borne in mind is the damage that can be done and the associated dangers of excessive sun exposure.

It has been recommended that the sun exposure needed for optimum health is a combined total of 10 to 15 minutes a day. Obviously this differs depending where in the world you are. After you have reached your 10 to 15-minute exposure make sure you reach for the hat, sunscreen and appropriate clothing.

Being in the great outdoors is fun, healthy and has scientifically proven benefits both physically and emotionally. A quick search on the internet can in most cases, reveal some fantastic places relatively close to your home that can be fun to discover and explore.

Prior to setting out make sure you have appropriate clothing, footwear and supplies in case of an emergency. Also carry a basic first aid kit and let someone know where you are going and your approximate time of finishing. Also, make sure you let them know that you have completed your expedition.

It could be embarrassing to find out that a search and rescue operation was started because you forgot to let someone know you had finished or that you were in a mobile phone black spot or you ran out of phone/cell battery.

So grab your gear and enjoy your time in the great outdoors.